How to make a refreshing cinnamon and lemon flavored milk drink

This cinnamon infused cold milk drink will make your tongue happy with its simple yet yummy taste.
Learn how to make leche merengada: it’s actually quite easy and surprisingly good.
You’ll also love how the aroma of cinnamon and lemon will fill your kitchen as you make this drink recipe!

The classical version is made heating milk with cinnamon, lemon zest and sugar, then adding beaten egg whites and freezing into a texture between milkshake and ice cream but much lighter, since it uses no cream.
It’s like a cold fluffy cloud.

While leche merengada was originally meant as a freeze treat, the flavor of cinnamon infused, slightly lemony cold drink has become so beloved that it’s very common to find;leche merengada-ice cream in many Spanish ice cream parlors.

It’s quite easy to guess how delicious this recipe is by the sound of it.
You’re getting a sweet and creamy taste with from evaporated milk that has been infused with real cinnamon as well as lemon zest for freshness.

CAN YOU DRINK WARM LECHE MERENGADA?

There is nothing better than drinking this creamy, sweet yet light cold milk drink when it’s hot outside.
But I’ll let you in on a secret: it’s also delicious served warm!

There’s not much to keep in mind when making this recipe, but if you make sure to follow these few key points it will taste like a million bucks:

Secret tip
Upgrade your teatime by adding some of this milk drink (without the egg whites) to black or rooibos tea.
This will turn even the most basic tea into an absolutely amazing experience!

Swaps to make this recipe

You can easily adapt homemade merengada to suit your dietary preferences:

How to make (vegan) leche merengada

The traditional leche merengada recipe uses beaten egg whites to get a milkshake-like texture; to get a vegan version, you can substitute egg whites for aquafaba.
The viscous liquid that remains after boiling chickpeas works great in this recipe and I personally prefer not having to separate egg whites and yolks, so the pictures in this post are with aquafaba meringue.

Many people though make leche merengada without the meringue step: it’s much less time consuming and it also tastes heavenly.
To make an easy meringue milk drink without beating egg whites, just heat up some milk with lemon rind, cinnamon and some sugar (or some alternative): 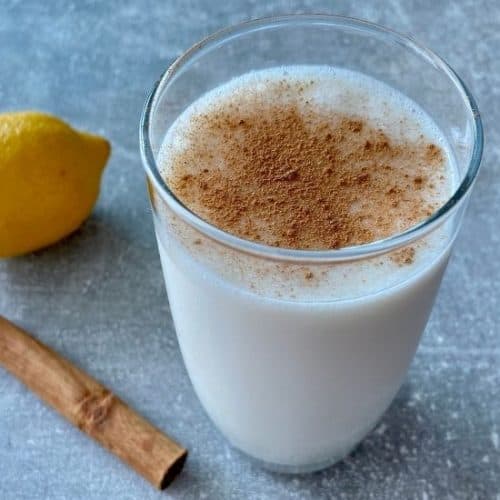 For the lemon rind, you can use the leftovers lemons from making lemon juice or lemonade with a citrus juicer. Just wash the fruit before and try using only the yellow part, since the white pit is bitter.

Leche merengada is a popular Spanish dessert that you can easily recreate at home.
This cinnamon and citrus flavored treat is worth a try because its creaminess while being low fat, and it’s sweet and rich and at the same time deliciously light.

I hope you enjoy this all natural cinnamon and lemon infused milk drink. It’s very easy to make it 100% vegan or keto-friendly, so no matter what version of the recipe you choose just give them a try: you’ll fall in love with it! Step-to-step instructions on how to roast black soybeans and how to steep this delicious tisane. Can you make gazpacho with tomato juice of with canned tomato? 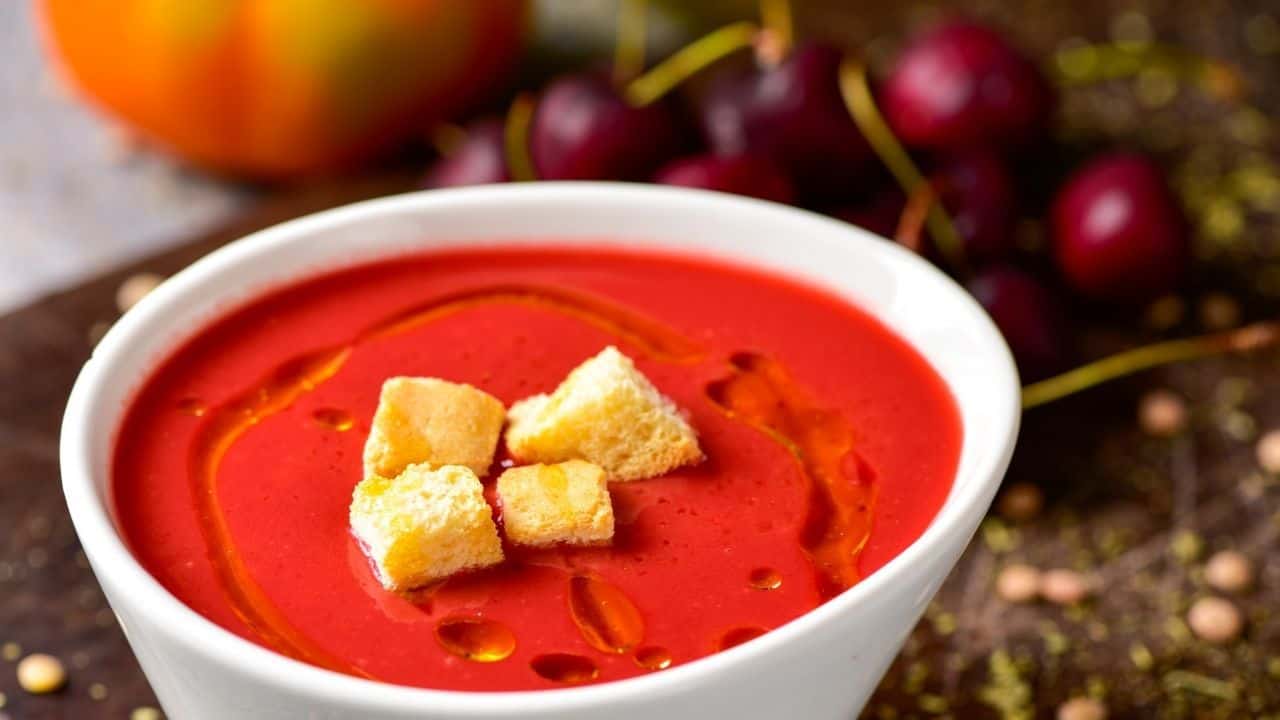 A delicious gazpacho that uses cherries: you’ll be surprised at the goodness of this sweet-salty combo.